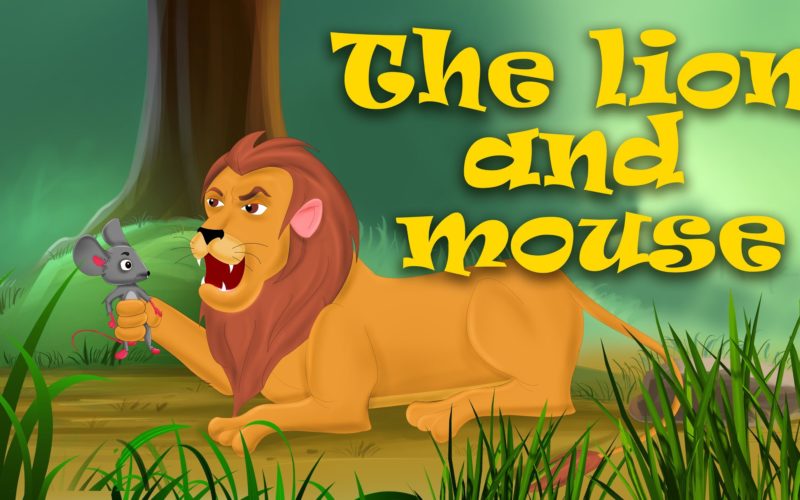 Sheru was a proud lion and roamed everywhere in the jungle with his head held high. I am the lion, the king of the jungle, there is nobody who is as strong as me, he would think to himself and smile. And it was true too for he was really big and really strong. But at the same time, he was also a kind king an all the other animals’ in the jungle loved him for his kind and gentle behavior.

One day when the lion was on a round of the jungle to see if everything was functioning properly or not, he accidentally stepped on a bush and a sharp thorn pricked his paw. He screamed in pain and started bleeding; he made many efforts to get rid of the thorn but was unable to succeed. Just then he saw a small group of deer’s crossings by, the minute they saw the lion, they got scared and ran away for the fear of him eating them.

The lion did not know what to do, he continued dragging his feet, bleeding and staying in pain. How could he go to other animals and ask for help ? for one he was the king of the jungle, how could he possibly ask for help from those who were inferior to him, secondly if he even went to someone, they would get scared and run away to save their lives.  This went on for an entire day and he continued to bleed and stay in pain.

By the next morning, he was in such a bad state that he could not even get up and was unable to move from his den.

There was a mouse who lived near his den and came out every day when she left for his walks. He waited and waited for the lion to step out so that he could go out looking for food, but what was going on, the lion didn’t seem to come out at all. Taking small steps, he tried to come out and see what was wrong with Sheru the lion today?

When he reached near Sheru, he realized that the lion was bleeding and visibly in a lot of pain. Even though he wanted to offer his help, he was too scared to do so.

More hours went by and the mouse decided that he had to be strong and do something. He gathered all his courage, went to Sheru and said “ my master, is something wrong?  You are bleeding and seem to be in a lot of pain” Sheru managed to open his eyes and told him the entire story.

The mouse looked at Sherus paw and could clearly see the thorn there. He asked the big lion if he could take the thorn from his paws? Sheru was in so much pain that he just nodded his head in yes. The mouse gently and carefully took out the thorn and covered that area with leaves, he could instantly feel the relief. He opened his eyes and thanked the mouse for saving him from all the pain and the misery.

The moral of the story is that no matter how big or small one is, we should never underestimate their powers and capacities. For each and every one of us have our strengths which can be very helpful to others in times of adversities.